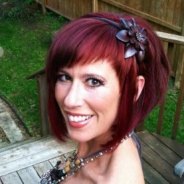 In March, I wrote about the time I was fired. In April, I wrote about the kinds of behavior that can lead to getting fired. In May, I wrote about how to fire someone badly. It’s not that I’m obsessed with the firing process, it’s just that I’ve seen it done badly, and it turns out a lot of my friends have relevant experience in this area. Plus, it’s a part of work, like it or not. And it’s important.

Continuing on the theme, I recently had the chance to sit down with my super-smart friend Debbie Fischer, current therapist and former HR executive with 20 years of experience (Target, Disney, Campbell Mithun). Debbie’s got lots of experience letting people go, both for performance reasons and for layoffs, so I was especially interested in her thoughts on how to do it well. Here are a few tips from someone who knows:

Rule #1: Be efficient, but fair

Nobody in the history of the world has ever said they wished they would have waited longer to fire someone. And yet, when it comes to letting someone go, efficiency doesn’t have to be the primary goal. Debbie shared several examples of situations in which a firing manager was desperate to make a move immediately, but hadn’t ever taken the time to communicate issues or set expectations with their employee. Nobody likes performance improvement plans, but that doesn’t mean people don’t need a heads up when they’re not performing. Take the time to communicate with your employee. Let them know that things are not going well before you let them go.

Rule #2: If your company’s big enough to have an HR team, let them do their job

Yes, sometimes working with HR means extra paperwork, extra process, extra time, and what can feel like jumping through hoops. But HR plays a critical role in letting people go, and can help the situation go much more smoothly by providing guidance, coaching, structure, and experience. If the HR team is good, they can do it efficiently. They can also keep you and the company out of legal trouble.

There’s another good reason to include HR: professional courtesy. If you don’t keep your HR team in the loop, you’re telling them their expertise doesn’t matter, and you’re creating a lot more work for them, after-the-fact. Nobody likes being left out, and if your HR team has to clean up the mess you made, they won’t be happy. And – trust me – you want HR on your side.

Rule #3: Acknowledge that the situation sucks

Whether you’re laying people off or firing someone for performance-related reasons, letting someone go is a drag for everyone involved. In some ways, letting someone go is an acknowledgement of failure – failure to grow or develop an employee, failure to acquire new skills, failure to hire effectively, failure to keep a business unit afloat, failure to stop making racist jokes (you get the idea) – and acknowledging the reality of the situation can be a good thing. We may all find perspective over time, but getting fired is a major life upheaval that impacts people’s families, friends, and finances. We don’t have to pretend it’s easy.

People who are good at letting employees go are good at saying only what they need to say, nothing more. Debbie’s seen lots of managers drone on and on about their own experience, trying to provide perspective to someone who can barely hear the words. The best way to let someone go, according to Debbie, is directly. (In fact, she’s often coached managers to read their part from a script and then leave the room, leaving the tactical parts to HR.) Managers who keep the conversation going after letting someone go may be trying to make themselves feel better, but they often end up making the situation worse.

Rule #5: Remember that this is a small town

This is true in Minneapolis, and it’s also true in New York City: your town, your industry, and your network are smaller than you think. While I have conflicting thoughts on whether or not it’s okay to burn bridges, I have no conflicting thoughts about being kind and respectful at work and in life. Naturally, this includes letting people go. If you do it humanely, you stand a chance of saving a relationship. And in your town, your industry, and your network, there’s no guarantee you won’t be on the other side of the table next time around.

What do you think?

Do these rules match your own experience and ideas? Did I leave anything out? Have you got pointers based on your experience on either side of the table? Please let me know – I’d love to hear from you.