My previous post, That time I was fired, generated a lot of feedback and conversation. In it, I described two things: undermining my former company’s leadership, and getting fired for it. Here’s an excerpt:

We felt the new owners were dismissive of our ideas, and the direction they were taking the company was wrong-headed and stupid. I let the new CEO know he was wrong, again and again. I questioned most of his decisions, undermined him in company meetings, and made sure my coworkers knew we were headed down the wrong path.

“Bitching is the glue that holds teams together.”

Jeanne was speaking in general terms, drawing on years of experience – not about her current work or team. Still, she’s really good at telling things like they are. And when I re-read the above excerpt from my last post, one sentence jumped out:

I questioned most of his decisions, undermined him in company meetings, and made sure my coworkers knew we were headed down the wrong path.

Part of the reason I complained about my boss was that it felt good – I got lots of positive reinforcement for doing it. My coworkers and I were in the trenches together, fighting the good fight. We were united against a common enemy, and we bonded over each of his dumb comments and failed ideas.

Much has been written about excessive complaining at work, how it can ruin your reputation, make things worse than they are, kill innovation, put blame on other people, and dramatically decrease productivity. (I’ll add that complaining is much less interesting than trying to help solve a problem. I’ve got some tolerance for complaints, but if they’re not followed by potential solutions, my tolerance goes waaaay down.)

Still, we often gravitate towards those who bring out the worst in us. Why? 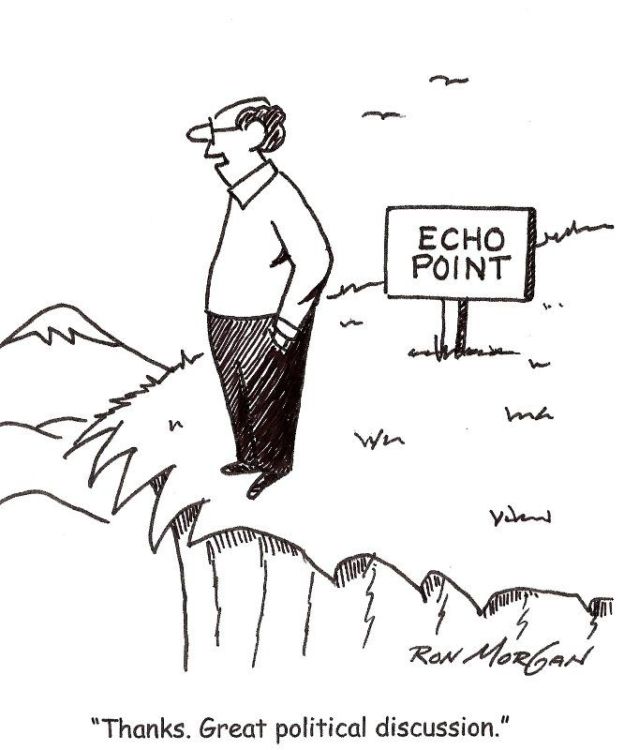 We would like to think of the web as a place to find out what wonderful and unexpected stuff exists that is different than anything and everything you already know […] but as market forces increasingly take effect, the diversity of voices is now so filtered and targeted that you may only hear echoes of what you already believe.

David Byrne’s post is about the web, and it covers politics, terrorism, and social media. It could be about work as well. Belle Beth Cooper writes:

If we agree with someone’s beliefs, we’re more likely to be friends with them. While this makes sense, it means that we subconsciously begin to ignore or dismiss anything that threatens our world views, since we surround ourselves with people and information that confirm what we already think.

We like people who think like us, and we dismiss those who don’t. When we think something’s screwed up, we seek out others who agree. These people help validate our thoughts and make us feel smart.

Does it have to be so negative?

Why do we especially gravitate towards people who share our negative beliefs? One reason may be the negativity bias. From Wikipedia:

Even when of equal intensity, things of a more negative nature have a greater effect on one’s psychological state and processes than do neutral or positive things.

In addition to the negativity bias, the generally accepted thinking seems to be this: it takes hard work and focus to stay positive, but being negative is effortless and fun. Or this: positive people are hiding something, while negative people tell it like it is.

Maybe this is why bitching is the glue that holds teams together?

Nightmare at my office

Have you seen the episode of “The Twilight Zone” called Nightmare at 20,000 Feet? In it, William Shatner’s flying on an airplane with his wife when he looks out his window and sees a gremlin on the wing, mucking around with the engine. Every time someone else looks out the window, the gremlin disappears, and after a while, Shatner’s wife and the flight crew think he’s insane. At the end of the show, Rod Serling shows us the damaged airplane engine and we know that Shatner was right all along, that the evil gremlin did exist. But it doesn’t matter, because Shatner’s gone insane and is hauled out in a straightjacket anyway.

Has your work ever made you feel like Shatner in the Twilight Zone? Have you ever worked on a project that clearly had no value, no matter how many times your boss explained it to you? Have you ever presented something you don’t believe in, even though you’ve made it clear you didn’t want to? If you haven’t, you’re either extremely inexperienced, or extremely lucky.

When we identify a problem, voice our concerns, and are told they don’t matter – we need to do the work anyway – feeling angry is one thing, but feeling insane is far worse. Others who share our thoughts can soothe our fears, commiserate, and assure us we won’t be hauled away in a straightjacket. Sometimes it turns out that finding people who see what we see is incredibly valuable. 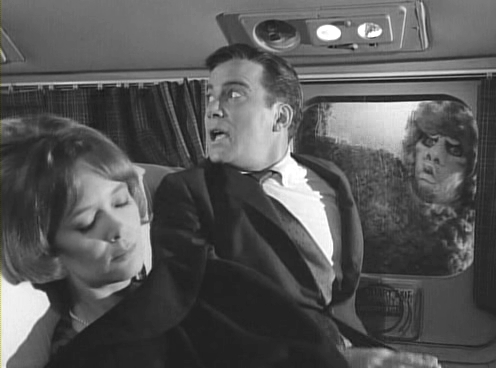 Let’s face it, there are times when we’re going to be negative at work or someplace else. This is just being human – in small doses and at the right times, complaining to others can even be therapeutic. But undermining your coworkers – making it hard for them to get their work done, making them look dumb, slowing their career progress, etc. – is something else entirely. Complaining is temporary. Undermining can last a lifetime.

All things must pass

Daniel Gilbert‘s Stumbling on Happiness is a terrific book, mostly focused on how bad we are at predicting the things that will make us happy. According to Gilbert, human beings are incredibly resilient animals:

… within a couple of weeks even earthquake survivors return to their normal level of unfounded optimism.

If earthquake survivors can get over it, maybe we can too?

11 thoughts on “The glue that holds teams together”